Back to all posts

Per Nilsson from Scar Symmetry comments:

”Hibernation process complete! After a few years of semi-hiatus that got topped off with a global pandemic we're gearing up to bring back Scar Symmetry to the touring circuit in 2022 and beyond. Nanda Hellberg-Cano and her Heavy Metal Heart Agency has been our Finnish booking agent since 2018 and she has consistently been impressing us with her work ethic, commitment and professionalism, so it is with great pleasure that we can now announce that Nanda and HMH are stepping into a management role for Scar Symmetry and expanding their booking territory to worldwide (excluding Sweden and North America). 2022 will see us returning to some of our favourite venues and festivals as well as playing in some places we haven't been to yet, and Nanda and the Heavy Metal Heart team are instrumental in making this happen!”

Scar Symmetry, formed back in 2004, is one of the leading names on the field of Swedish melodic death metal. The band has released 6 studio albums so far – 5 of which via Nuclear Blast. The second part of the Singularity trilogy – The Singularity (Phase II: Xenotaph) - is something the fans have been eagerly waiting for and fortunately besides all the upcoming news the release of Singularity Phase II is also reality in the near future. In other words, all is set for Scar Symmetry to take over the world again.

”I met Scar Symmetry for the very first time back in 2016 at our event Heavy Metal Heart Festival 10, and was instantly impressed by them. Not just their music and stage presence but also how wonderful and easy-going they are as people. It is an absolute priviledge to work with them this closely, and having Skrikhult still taking care of their bookings in Sweden and Continental Touring covering North America, we form sort of a dream team, I think. Everything is just set perfectly for this collaboration, many things are already in motion and we surely can start announcing what is about to come soon!” 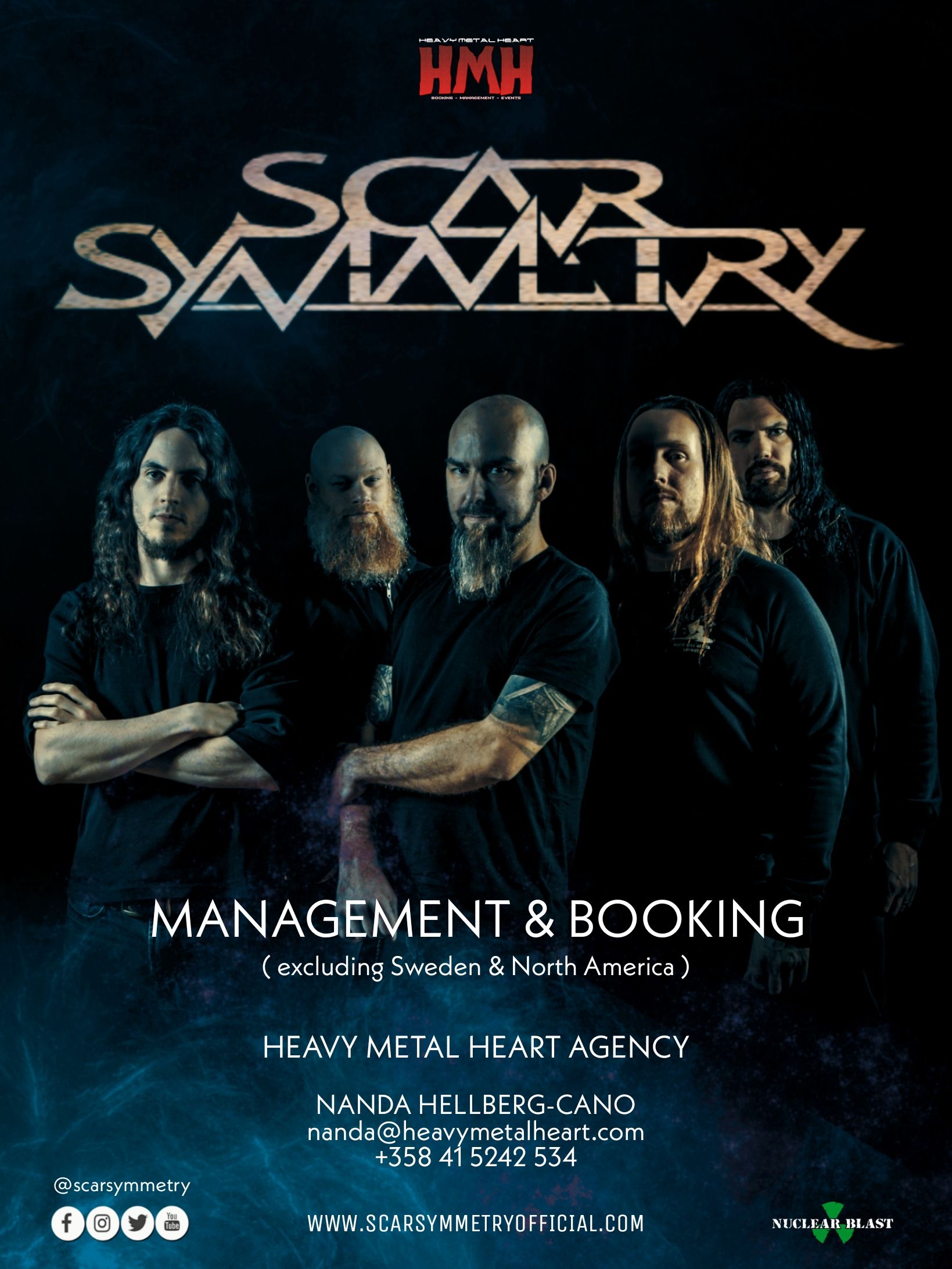